Immediate loading of dental implants in the edentulous maxilla

Immediate loading of dental implants in the edentulous maxilla

METHOD AND MATERIALS:
The treatment method was based on immediate loading of four implants in the completely edentulous maxilla. A total of 180 implants were inserted in 45 patients. Dentures were placed on and retained by prefabricated conical crowns that were inserted into the existing denture base by direct intraoral polymerization immediately after surgery and supported by corresponding conical primary implant abutments.

RESULTS:
During the observation period, two implants (1.11%) were removed due to the lack of osseointegration. One implant was removed due to peri-implantitis, and one other (0.55%) implant was removed because of a fracture after 6 months of function. The overall implant survival rate was 97.77%, while the prosthesis survival rate was 100%. Swelling or suppuration was not observed. After a total observation period of 26.7 months (range 12 to 54 months), all implants had healthy peri-implant soft tissue that showed low values of clinical parameters. Only seven implants (3.97%) presented a sulcus bleeding index of 3.

TAG: Immediate loading of dental implants in the edentu 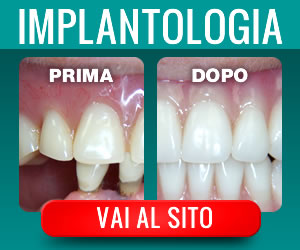